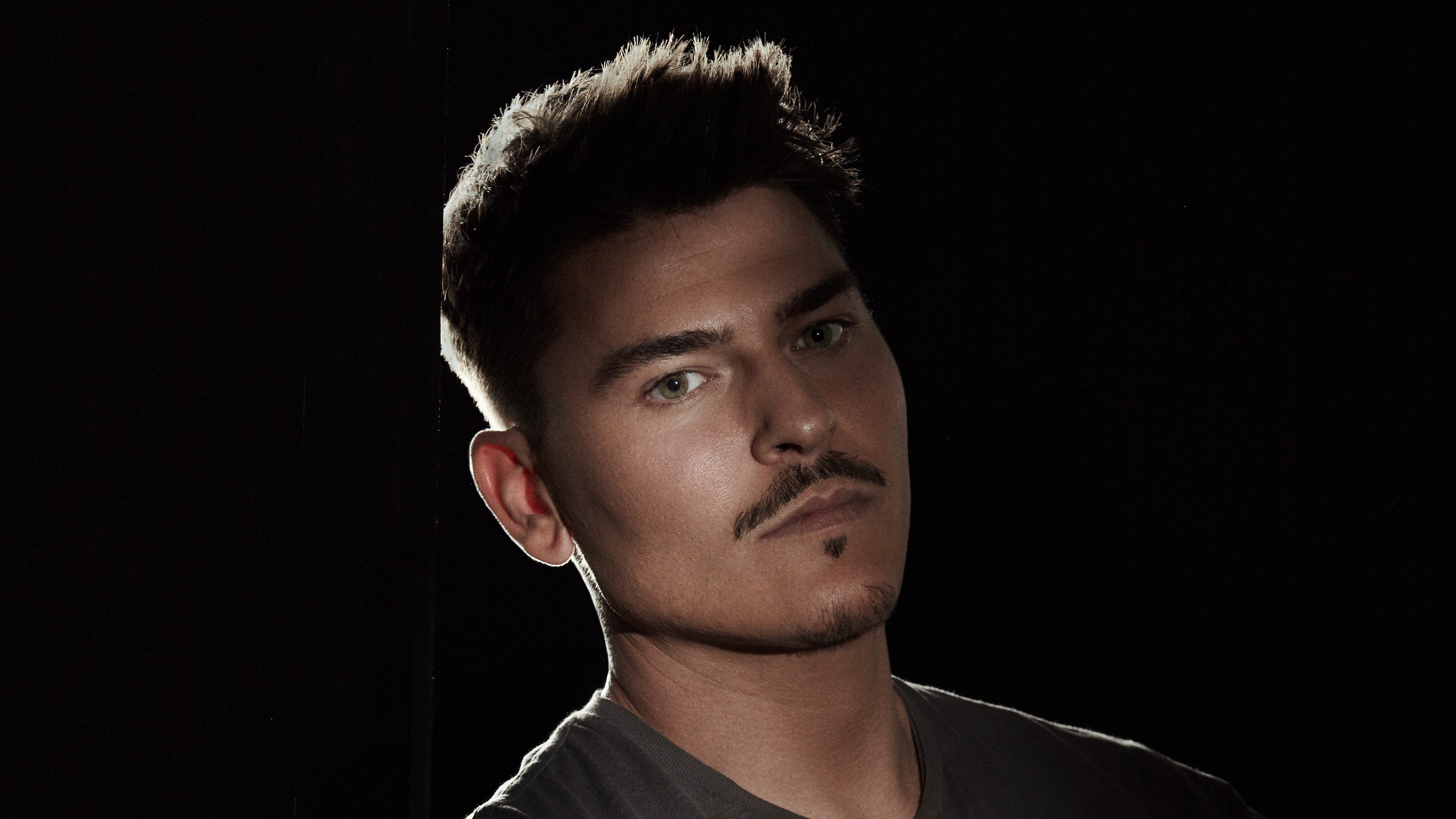 While showering recently, a memory vividly came back to Mario Dedivanovic. Nineteen years ago, he was standing behind a gondola at the Sephora he was working at to watch over a famous makeup artist at the time who was filming something for Sephora Collection. “I just remember staring intensely and dreaming at that moment that one day I would be important and one day I was going to do something like that,” he recalls with tears welling up in his eyes. “I was going to be like that, fully knowing that I had to put in the work. And that’s what I did.”

In the midst of building his career, traveling around the world to work with stars like Kim Kardashian and teach masterclasses, inspiring beauty products, and finetuning trends, such as contouring and baking, Dedivanovic completely forgot about this dream — until the morning he was going to shoot the campaign for his next collaboration: a gorgeous, golden 13-piece brush collection with Sephora Collection.

When that moment returned to him that day, “I just started crying in the shower. I couldn’t stop crying, realizing that it actually happened,” he says, wiping away tears that have now fallen as we sit together at the Loews Regency hotel in New York City. “I didn’t think about it for the 18 years that followed…. I manifested a lot my whole life, but I had trained myself to block everything from my past and just move forward. Just think of the future. And then, little by little, all of those things have been coming back to me, and I’m accepting them now.”

“Sephora was a lifesaver to me.”

The momentous collab, which drops December 26, has been in the works since 2018. Sephora approached Dedivanovic about creating makeup brushes and he immediately accepted the offer — no questions asked. Before this, he turned down two other offers to do the same for other brands, but Sephora obviously has a special place in his heart. It’s where he started his career, did makeup for the first time, and started believing in himself.

“Sephora was a lifesaver to me,” he explains before alluding to the subject of his 2019 American Influencer Awards speech. “I had a very sort of suppressed childhood, and when I walked into the doors and got my job there, my life changed. I found my purpose: makeup. I knew I was creative, but I didn’t have any way to explore it. And when I found this, I was dead set on this is what I’m going to do for the rest of my life.”

Sephora suggested doing synthetic brushes right off the bat, posing a welcomed challenge for Dedivanovic. “I have always used natural hairs,” he explains. “A lot of my favorite brushes are handmade in Japan. So for me, the challenge was how do I now make synthetic brushes that feel and perform exactly like these amazing high-quality brushes that I have in my kit?” To do so, Dedivanovic worked arduously with a lab to create ones that mimic the density and spaces between each bristle that natural brushes have. This ensures product evenly distributes onto skin with ease.

Longevity was important to Dedivanovic, too. Unlike the makeup he’s teamed up with the likes of Anastasia Beverly Hills and KKW Beauty in the past, he was creating a product built to last, and Dedivanovic made sure the ones with his name on them absolutely would.

“I’ve had my brushes for so many years,” Dedivanovic says. “In fact, a lot of these brushes are designed after those brushes that I’ve used for years.” He picks up the contour slant brush, which is flat on one side and fluffy on the other. The one in his kit wasn’t originally like that. However, over a decade in action, it took on this specific shape that Dedivanovic translated into the new brush set. The tapered side is what he predominately uses to pack on pigment and blend at the same time with contouring products.

Next, Dedivanovic shows me the powder detail brush, which is small, round, and fluffy. It’s similar to one in his kit that he sweeps on setting powder within targeted areas, like around the nose and center of the forehead. You can also buff out eye makeup with it, he notes. I, on the other hand, have been blending out my foundation with it for lighter, more natural-looking coverage. (Dedivanovic prefers the BLUSH brush for this same purpose.)

Although the brushes are clearly labeled with their purpose, like smudge or highlight, Dedivanovic clarifies that they are suggestions, not strict guidelines. “I don’t use brushes just for one thing,” he says. “I honestly do use them for lots of other things, what they’re not intended for.”

“I don’t use brushes just for one thing. I honestly do use them for lots of other things, what they’re not intended for.”

You won’t find a brush that resembles one of the first he ever added to his kit, though. At the start of his career at Sephora, his manager gave him a small, rectangular brush from, you guessed it, Sephora Collection. “I had it up until two years ago when my kit was stolen,” he says. “So I had that brush for 15 plus years, and I would use it to smoke out underneath of the eyes. That brush was like so sacred to me.” At the time, he adds he couldn’t afford to buy brushes himself, let alone a makeup kit. Instead, the brush’s first home was a Nike shoe box. Not to get sappy — but I will — brushes with Makeup By Mario embossed on them now live in a sleek black case for all to enjoy.

As we wrap up our interview, Dedivanovic mentions this is the last collab he’s planning to do and looks forward to 2020. “Next year is going to be the 20th year in the industry, which is my next chapter. Even bigger things are going to happen. But to have this be the final collaboration of my career, it was so special to me.”