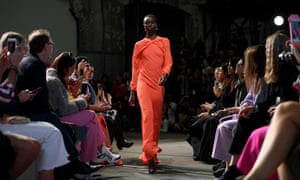 Your average trade event conjures images of daggy convention centres, plastic name tags and inappropriate after-hours liaisons. What happens at a conference might be the subject of water cooler gossip but it hardly captures the public imagination.

With their celebrity-heavy front rows, throngs of street-style photographers and, of course, the collections themselves, fashion weeks are an exception to this rule – though the name tags and after-party shenanigans still apply.

This year in New York and London the fashion week organisers IMG and the British Fashion Council (respectively) took that interest to the bank, allowing the public to purchase tickets to a handful of runway shows. Previously, the events had been invitation-only affairs.

In May of 2020, Mercedes-Benz fashion week Australia (MBFWA – colloquially known as Australian fashion week, or Sydney fashion week) will take the unprecedented step of allowing all the designers on its schedule to sell tickets to the public.

“We’ve seen this trend towards the runway show as entertainment develop out over years. Not only in Australia but globally,” says Natalie Xenita, the Asia-Pacific region executive director of IMG’s fashion events group, which runs MBFWA.

MBFWA, like the twice-yearly “big four” fashion weeks in New York, London, Milan and Paris, debuts collections six months before the clothes will hit retailers’ racks. In Australia these collections fit with the international cruise season, and tend to start retailing in November.

Typically, consumer-facing fashion shows feature garments that are already, or will soon be, available for purchase. At London fashion week this year’s public-facing runway shows were see-now, buy-now.

While fashion brands’ best customers have always had a seat at their runway shows, the walls between fashion week presentations and the eyes of the general public have grown increasingly translucent as brands embrace live streaming, and celebrity guests and press broadcast their catwalk experience via social media. 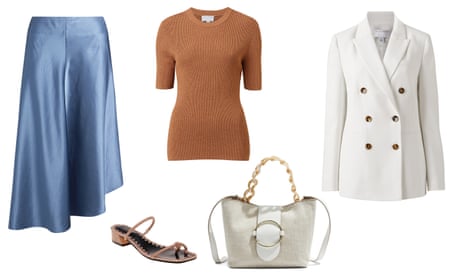 What to wear in Australia this September: five looks for five days

Years ago consumers’ experience of a collection was mediated by fashion stylists, merchandisers and buyers who determined which elements of a show would work in photoshoots and the retail environment. Now those interested can see everything straight away.

This has created problems for fashion brands. Some labels fear the lag between runway and retail means consumers are already sick of the clothes by the time they go on sale, while others have found the trends they showcase on the racks of fast fashion retailers such as Zara well before their own collections are available.

For the last five years, after the trade shows have concluded, MBFWA has hosted a series of consumer-facing events, called MBFWA Weekend Edition, giving the public a taste of the week’s collections. But, Xenita says, “consumers are wanting a more authentic experience. It’s no longer enough that they get to preview the collections.” She says opening fashion week up to ticket buyers is the next step in delivering that authenticity.

Xenita says the shows will still be primarily trade-facing events, distinct from see-now, buy-now runway shows like those offered by Melbourne fashion festival, and other Australian fashion events. “The trade event still needs to function well for the industry. A big part of the strategy around it means that it meets the industry needs.”

Another key difference will be the ticket price. Approximately a quarter of the seats at MBFWA’s evening presentations will be available for purchase, and prices will start at $120. That’s more than double the cost of a seat at Melbourne fashion festival. “It’s comparing apples to oranges,” Xenita says of the difference. “There’s an element of money can’t buy … to attend the trade event.”

MBFWA tickets will be a relative bargain compared with the costs of shows internationally. In London a ticket to one of two public-facing fashion week presentations next February will cost upwards of £135, while in New York fashion week tickets started at US$550 in September.

“It is expensive for sure,” says a fashion blogger, Debasree Das, who attended MBFWA’s Weekend Edition two years ago on a mixture of paid-for and gifted tickets. But, she says: “I would attend it once, to see what difference it makes!”

Das doesn’t believe that fashion shows will ever be a form of popular entertainment on par with going to the movies but says that for a certain audience, they can be very alluring. “Perhaps if they want something to do, if they want to take photos for their Instagram? Maybe get a goodie bag? Then yes, I think it works …

“Exclusivity is important of course, I would like to see something on the runway which hasn’t been shown anywhere, definitely.”

With the exception of the evening presentations, paid tickets will be on an opt-in basis for designers. “This is a flexible model,” Xenita says. “There are designers that, based on their business model, may not want to have consumers attend.”

One designer who is all for opening her runway’s doors to the public is Alice McCall, who has presented sell-out shows at MBFWA Weekend Edition: “It really makes sense, because what drives my business is connecting my product to the consumer … if they can sit in the show and experience it first hand, I think that’s fantastic.”

McCall’s approach may provide a template for the industry. “Ultimately I have bestsellers and I do rework them. As well as giving the customer something new, we have signature styles, so in a sense we always have a see-now, wear-now option.” Though the MBFWA schedule is yet to be announced, she says: “I can only visualise that what I’ll do is a bit of both.”

The designer saw sales rise after her consumer-facing shows – she credits this success to her label’s consistency of styles and fit. Though it may not be exactly the same dress, “the customer knows they can buy it online”.

Beyond a direct connection with consumers, a partially ticketed runway show gives designers something else they need: cash. Putting on a show is not cheap and, in addition to selling sponsorship, “this is offering designers a way to help subsidise some of the costs, by offering them a revenue share of ticket sales”, Xenita says.

But will ticket buyers have different expectations than trade audiences? McCall doesn’t think so. “I don’t do a diluted version to be more commercial. That creativity and boldness actually makes my brand stand out. People want to feel different.”

… in the last two months, so we hope you will consider supporting our independent journalism today. More people, like you, are reading and supporting the Guardian’s independent, investigative journalism than ever before. Unlike many news organisations, we made the choice to keep our reporting open for all, regardless of where they live or what they can afford to pay.

The Guardian will engage with the most critical issues of our time – from the escalating climate catastrophe to widespread inequality to the influence of big tech on our lives. At a time when factual information is a necessity, we believe that each of us, around the world, deserves access to accurate reporting with integrity at its heart.

Our editorial independence means we set our own agenda and voice our own opinions. Guardian journalism is free from commercial and political bias and not influenced by billionaire owners or shareholders. This means we can give a voice to those less heard, explore where others turn away, and rigorously challenge those in power.

We hope you will consider supporting us today. We need your support to keep delivering quality journalism that’s open and independent. Every reader contribution, however big or small, is so valuable